Starburst is truly a global company and we believe that amazing talent can be found anywhere. Starburst also has a major presence in Poland, as many of our founding engineers, including myself, and much of the core engineering team are from here. Keep reading to learn more about how Starburst established itself in Poland and how we are looking to expand our team.

In 2011, our CEO, Justin Borgman, began his first venture, Hadapt with Daniel Abadi and Kamil Bajda-Pawlikowski. This was their first startup to attempt interactive, fast SQL on Big Data, Hadoop. At the time, Kamil, a friend from college, reached out to me to start building out an engineering team in Warsaw to back this project. This was an exciting change and we started recruiting engineers in both the Warsaw office and the Boston office, but the core team remained in Warsaw.

It was in this setting that Hadapt was acquired by Teradata in the year 2014, but they kept the core engineering team in place. While at Teradata, we got heavily involved in the advancement and development of the open-source Presto project, a distributed low latency SQL query engine for heterogeneous sources of data.

In late 2017, outside of Teradata, the core Hadapt team decided that they wanted to continue working on Presto, which a few years later, would become Trino. This led to the genesis of Starburst, built on open-source Trino. Funding this new startup was an interesting case because Trino was already proven in the market.

Trino already worked at scale and solved real problems with a large community of users. However, it had no vendor backing, and we wanted to be that vendor that advanced it regularly. The Starburst founding team consisted of the engineers capable of advancing the Trino offering and the business-minded people, Justin and Matt Fuller, to really make it into a profitable business. We all had years of experience working together since our days at Hadapt, so we all trusted and understood each other.

Starburst technology is built on top of open-source Trino, and is an MPP distributed query engine. Starburst Enterprise is our on-prem offering and Starburst Galaxy is our fully managed cloud service. This is an exciting engineering experience, as it is 100% in Java and our engine serves a variety of use cases including data lakes, data in object storage, data federation, etc. Trino serves as an abstraction layer on top of all of that and we query in SQL, which gives users the ability to query across disparate data sources. Our engineers get to work on complex computer science projects and solve problems around distributed data and systems. 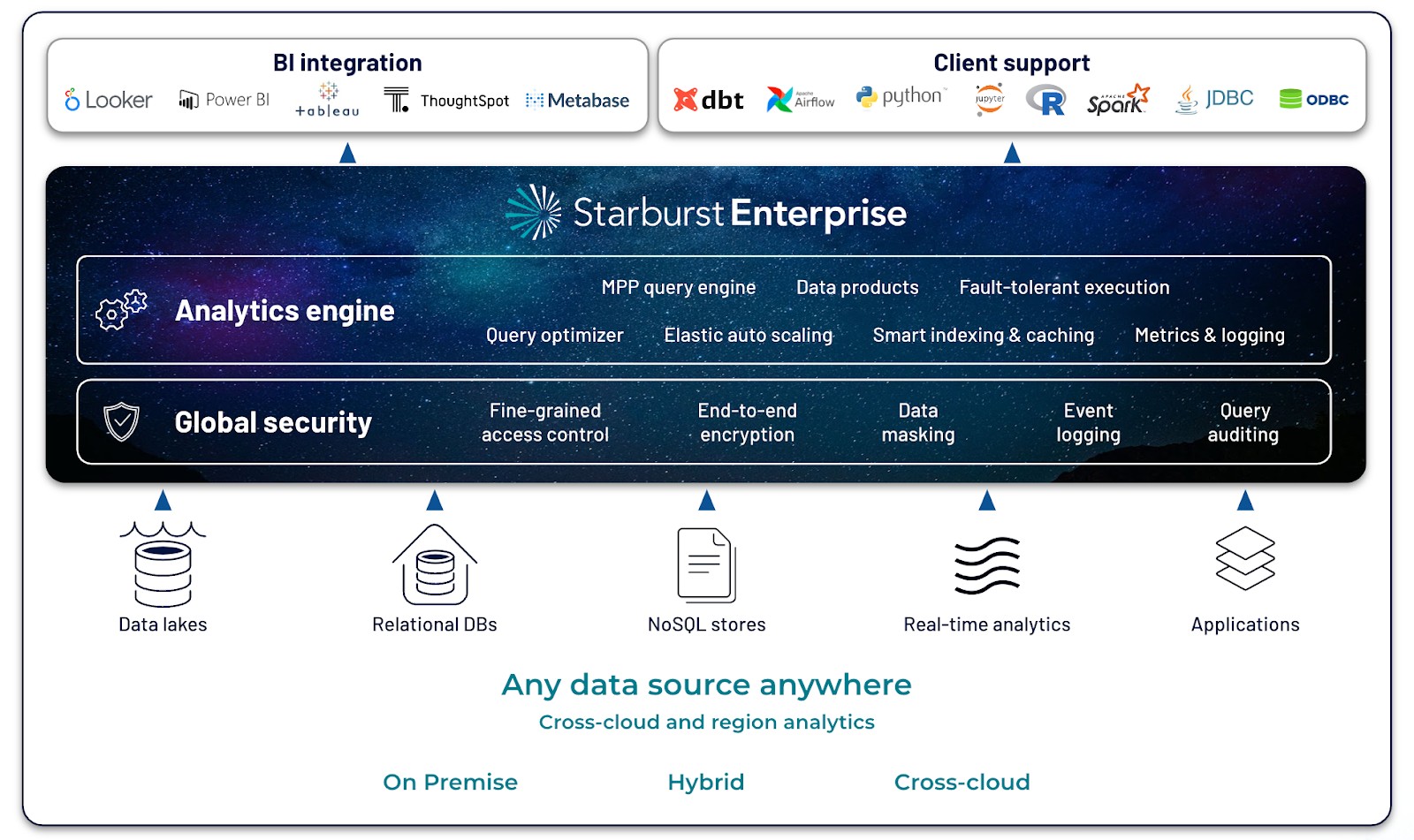 Our first customer win in EMEA was Zalando, and because the entire EMEA team was so small at the time, many of our engineers also became salespeople. I worked directly on this case in order to bring home the win. Zalando had initially reached out to Starburst because they didn’t have enough expertise and knowledge to scale their Trino clusters and operate them efficiently on their own. Starburst is backed by open-source software that leverages open file formats and doesn’t lock customers in with storage, which was really important to Zalando. Their analysts were also unhappy because they had to do extraneous ETL; they were losing control over their data governance and had a difficult time complying with security regulations.

This was a very technical customer and they had a lot of security features that they needed to utilize. We implemented a lot of their suggested features and really worked with them to show them how Starburst could enhance their data architecture. All of us on the EMEA team learned a lot from this experience because it opened our eyes to how our customers were viewing our technology.

What is at the heart of Starburst Poland?

I am thrilled to have had the opportunity to be on the Starburst All-Star team. This isn’t my first startup, but it is by far the most special. Our current growth trajectory is unprecedented in all areas of the business: hiring, market, and product offerings. The data space is growing rapidly and we are growing alongside it. What is most exciting to me about working at Starburst is that no two days are the same. The only constant thing is change. There are so many moving parts and different challenges to tackle that there is rarely a dull day. We operate in a very open market and have succeeded in tripling revenue for the past three years. Every All-Star is evolving, learning, and growing because the company is constantly evolving.

We are looking for talented and passionate engineers to join our team. If you are interested in open source, Trino, or being a part of a fast-growing, exciting startup, Starburst, check out our careers page! We are currently hiring engineering managers, software engineers, and full-stack engineers. 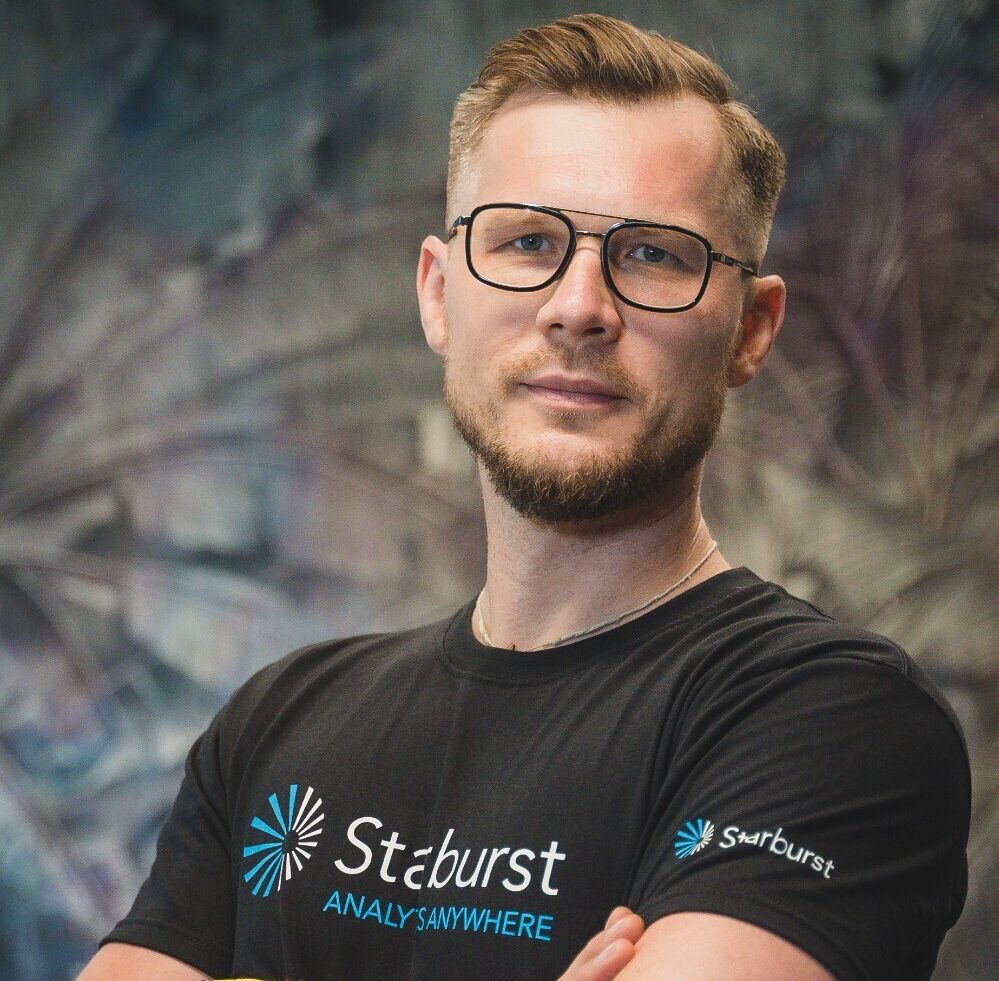