Home  »  Blog  »  Trino On Ice I: A Gentle Introduction To Iceberg

Trino On Ice I: A Gentle Introduction To Iceberg

We’re excited to debut this blog series ‘Trino on Ice’ with a gentle introduction to Iceberg. Stay tuned for future posts from the Trino perspective on Iceberg’s table properties, cloud compatibility, concurrency model, the Iceberg Specification, and more!

—Your friends at Starburst 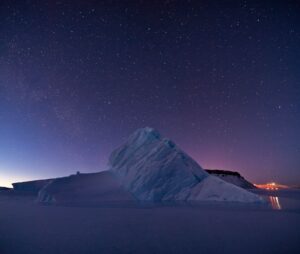 Back in the Gentle introduction to the Hive connector blog, I discussed a commonly misunderstood architecture and uses of our Hive connector. In short, while some may think the name indicates Trino makes a call to a running Hive instance, the Hive connector does not use the Hive runtime to answer queries. Instead, the connector is named Hive connector because it relies on Hive conventions and implementation details from the Hadoop ecosystem – the invisible Hive specification.

I call this specification invisible because it doesn’t exist. It lives in the Hive code and the minds of those who developed it. This is makes it very difficult for anybody else who has to integrate with any distributed object storage that uses Hive, since they had to rely on reverse engineering and keeping up with the changes. The way you interact with Hive changes based on which version of Hive or Hadoop you are running. It also varies if you are running in the cloud or over an object store. Spark has even modified the Hive spec in some ways to fit the Hive model to their use cases. It’s a big mess that data engineers have put up with for years. Yet despite the confusion and lack of organization due to Hive’s number of unwritten assumptions, the Hive connector is the most popular connector in use for Trino. Virtually every big data query engine uses the Hive model today in some form. As a result it is used by numerous companies to store and access data in their data lakes.

So how did something with no specification become so ubiquitous in data lakes? Hive was first in the large object storage and big data world as part of Hadoop. Hadoop became popular from good marketing for Hadoop to solve the problems of dealing with the increase in data with the Web 2.0 boom . Of course, Hive didn’t get everything wrong. In fact, without Hive, and the fact that it is open source, there may not have been a unified specification at all. Despite the many hours data engineers have spent bashing their heads against the wall with all the unintended consequences of Hive, it still served a very useful purpose.

So why did I just rant about Hive for so long if I’m here to tell you about Apache Iceberg? It’s impossible for a teenager growing up today to truly appreciate music streaming services without knowing what it was like to have an iPod with limited storage, or listening to a scratched burnt CD that skips, or flipping your tape or record to side-B. The same way anyone born before the turn of the millennium really appreciates streaming services, so you too will appreciate Iceberg once you’ve learned the intricacies of managing a data lake built on Hive and Hadoop.

If you haven’t used Hive before, this blog post outlines just a few pain points that come from this data warehousing software to give you proper context. If you have already lived through these headaches, this post acts as a guide to Iceberg from Hive. This post is the first in a series of blog posts discussing Apache Iceberg in great detail, through the lens of the Trino query engine user. If you’re not aware of Trino (formerly PrestoSQL) yet, it is the project that houses the founding Presto community after the founders of Presto left Facebook. This and the next couple of posts discuss the Iceberg specification and all of the features Iceberg has to offer, many times in comparison with Hive.

Before jumping into the comparisons, what is Iceberg exactly? The first thing to understand is that Iceberg is not a file format, but a table format. It may not be clear what this means by just stating that, but the function of a table format becomes clearer as the improvements Iceberg brings from the Hive table standard materialize. Iceberg doesn’t replace file formats like ORC and Parquet, but is the layer between the query engine and the data. Iceberg maps and indexes the files in order to provide a higher level abstraction that handles the relational table format for data lakes. You will understand more about table formats through examples in this series.

Since most developers and users interact with the table format via the query language, a noticeable difference is the flexibility you have while creating a partitioned table. Assume you are trying to create a table for tracking events occurring in our system. You run both sets of SQL commands from Trino, just using the Hive and Iceberg connectors which are designated by the catalog name (i.e. the catalog name starting with `hive.` uses the Hive connector, while the `iceberg.` table uses the Iceberg connector). To begin with, the first DDL statement attempts to create an `events` table in the `logging` schema in the `hive` catalog, which is configured to use the Hive connector. Trino also creates a partition on the `events` table using the `event_time` field which is a `TIMESTAMP` field.

Running this in Trino using the Hive connector produces the following error message.

The Hive DDL is very dependent on ordering for columns and specifically partition columns. Partition fields must be located in the final column positions and in the order of partitioning in the DDL statement. The next statement attempts to create the same table, but now with the event_time field moved to the last column position.

This time, the DDL command works successfully, but you likely don’t want to partition your data on the plain timestamp. This results in a separate file for each distinct timestamp value in your table (likely almost a file for each event). In Hive, there’s no way to indicate the time granularity at which you want to partition natively. The method to support this scenario with Hive is to create a new VARCHAR column, event_time_day that is dependent on the event_time column to create the date partition value.

This method wastes space by adding a new column to your table. Even worse, it puts the burden of knowledge on the user to include this new column for writing data. It is then necessary to use that separate column for any read access to take advantage of the performance gains from the partitioning.

Notice that the last partition value ‘2021-04-01’ has to match the timestamp date during insertion. There is no validation in Hive to make sure this is happening because it only requires a VARCHAR and knows to partition based on different values. Likewise, if a user runs this DML statement, they get the correct results back, but have to scan all the data in the process as they forgot to include the event_time_day < ‘2021-04-02’ predicate in the where clause. This eliminates all the benefits that led us to create the partition in the first place.

The following DDL statement illustrates how these issues are handled in Iceberg via the Trino Iceberg connector.

A Gentle Introduction to the Hive Connector

Near Real-Time Ingestion For Trino