Starburst Galaxy: What’s in a Name?

Here at Starburst, we are thrilled to be bringing you our latest offering, Starburst Galaxy. This product brings the power of Starburst Enterprise to everyone, with managed infrastructure to make it simple for data teams to shorten the path between data and the business value derived from that data. You can read more about Starburst Galaxy here.

As the director of engineering for Starburst Galaxy, I’m personally very proud of this product. My background is in data engineering and analytics, and I truly believe this is the product I was searching for throughout my career as a data leader. Starburst’s engineering teams have been working hard to bring you modern and secure managed infrastructure and a world-class user experience, and we’ve had a lot of fun building it, too. (Interested in joining us?  Email me or check out our open positions!)

Starburst Galaxies, Powerhouses of the Universe

Going farther back in my career, I earned a doctorate in Astrophysics where I studied the natural phenomena of starburst galaxies. So what exactly is a starburst galaxy? Aside from sounding super cool, it turns out these are a really incredible, beautiful, and important natural phenomenon. Starburst galaxies typically occur when there is a gravitational interaction (collision or near-collision) between two or more galaxies where the resulting compression of gas and dust causes bursts of new star formation. 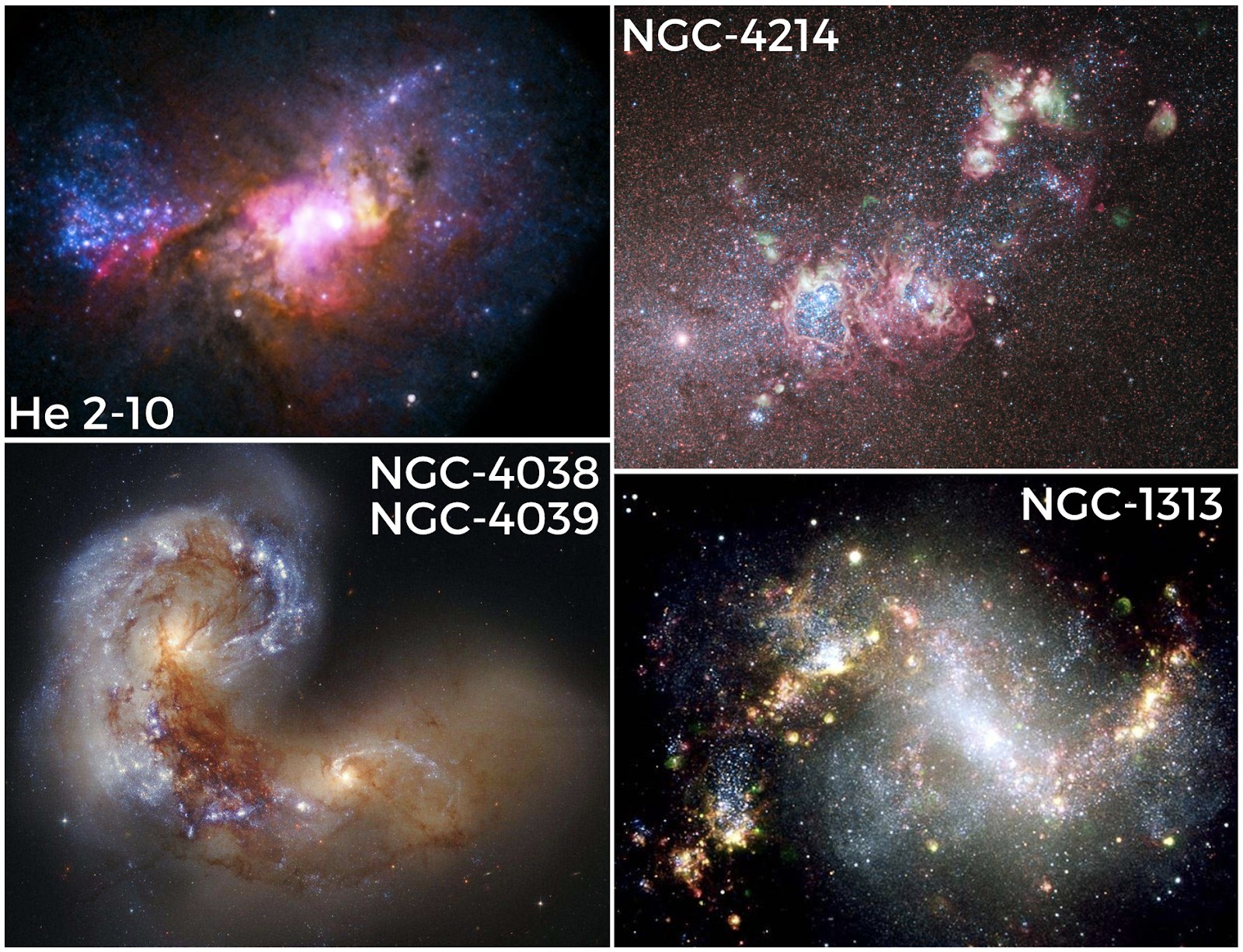 As the stars in a starburst galaxy go through their natural lifecycles and age several billion years, the stars all begin to explode in supernovae around the same time. The result is equivalent to a massive coordinated explosion which causes outflows of gas and dust which can reach far into the intergalactic medium. These extragalactic winds are responsible for taking the elements created in stars and recycling it out into that galaxy and beyond.  Starbursts literally power the transfer of energy and matter within and between galaxies.

This gets particularly interesting when you consider that everything we know, including our bodies themselves, is made from elements that were created in stars. In fact, if you look at the Hubble Deep Field images, it looks like the space between galaxies is empty; in fact, it’s filled with trace heavy elements created in starbursts. The farther away we look, the farther back in time we look, and the early universe was riddled with starbursts. They are, quite literally, the powerhouses of the universe, responsible for creation of matter.

Now let’s move on to the world of data. Why did we call our product Starburst Galaxy? Individual datasets by themselves are useful for reporting, and sometimes more. But when datasets are brought together with others, that’s when the real insights happen, when business value multiples, and data-driven decision-making begins. Much like galaxies being brought together to form new stars and new matter, bringing datasets together is equally powerful, shining a light on new analysis and bringing exponentially more value to the data. As your data environment gets more complex and mature, the value of data enrichment grows.

In order to really build out a universe of data, you can go the old school routes of building a data warehouse or a data lake or even a data lake house. But with Starburst Galaxy, you can use the power of managed infrastructure and Starburst Enterprise, and quickly bring data sources together to build insights. Being able to merge data and create new business value quickly can lead to an explosion of data-driven decision making, and this is why we call our new offering Starburst Galaxy. 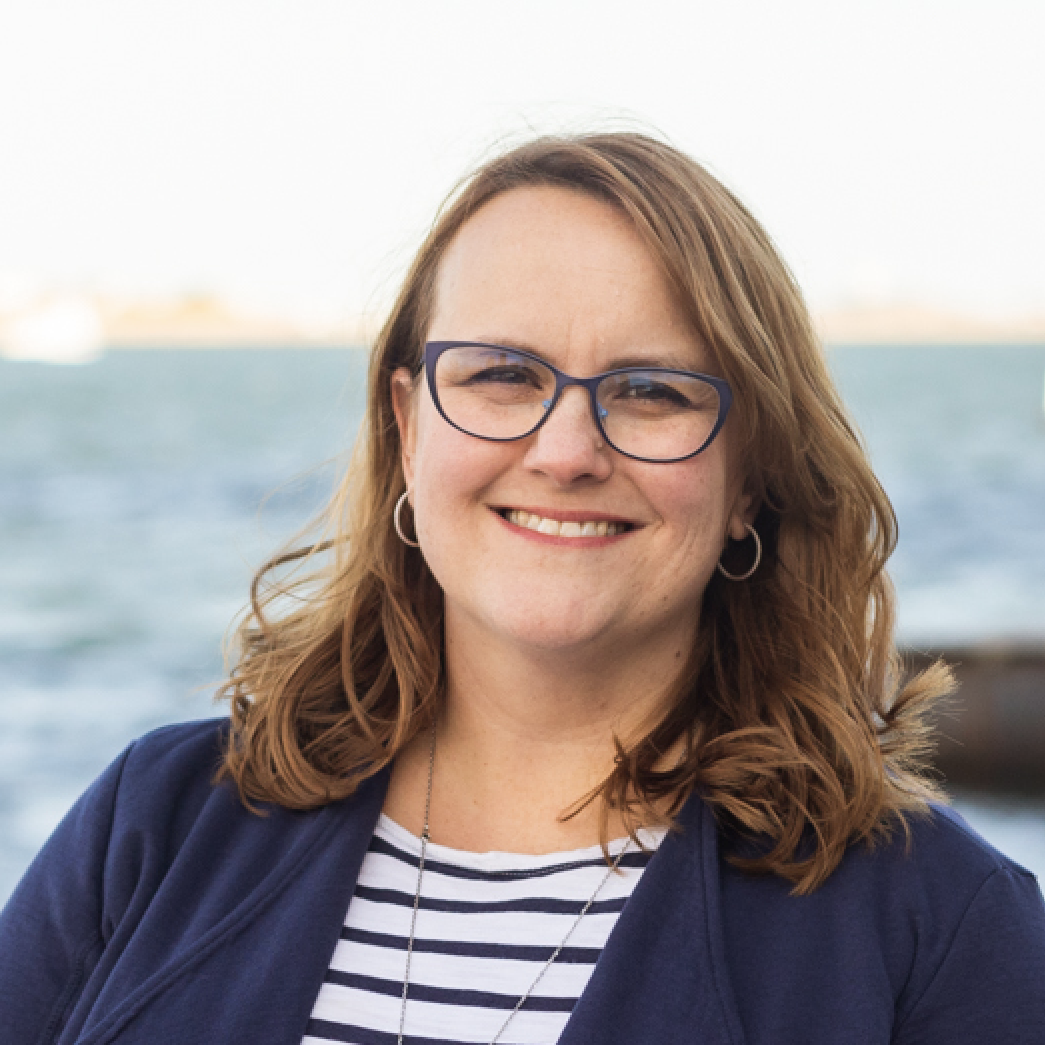 Colleen Tartow, Ph.D. has over 20 years of experience in data, advanced analytics, engineering, consulting, and she has been obsessed with data her entire life. Adept at assisting organizations in deriving value from a data-driven culture, she has successfully led large data, engineering, and analytics teams through the development of complex global data management solutions, and architecting front- and back-end SaaS and enterprise data systems. Colleen is also experienced in building and leading diverse teams through business reorganization and transforming existing data ecosystems, maturing them into modern and robust technology stacks. She is determined to make engineering organizations better for both humans and business through mentoring, leadership, and streamlining processes. Her demonstrated excellence in data and engineering leadership makes her a trusted senior advisor among executives, and her work has led to her speaking at a variety of events in the technology leadership space, and mentoring aspiring leaders in data, analytics, and technology.